Under the theme “The Virtuous Circle: Sustainable and inclusive life-long learning through EduData”, the event addressed highly important and timely topics including:

Assessing the data from universities includes examining millions of citations and academic papers and taking into account the opinion of 151,000 experts and 99,000 employers.

Universities from 100 territories have been included in this ranking, up from 96 last year, with universities from four new territories added to the charts this year: the Dominican Republic, Guatemala, Kyrgyzstan, and Macau SAR, with the University of Macau being the only institution making it to the top 500 from these territories. 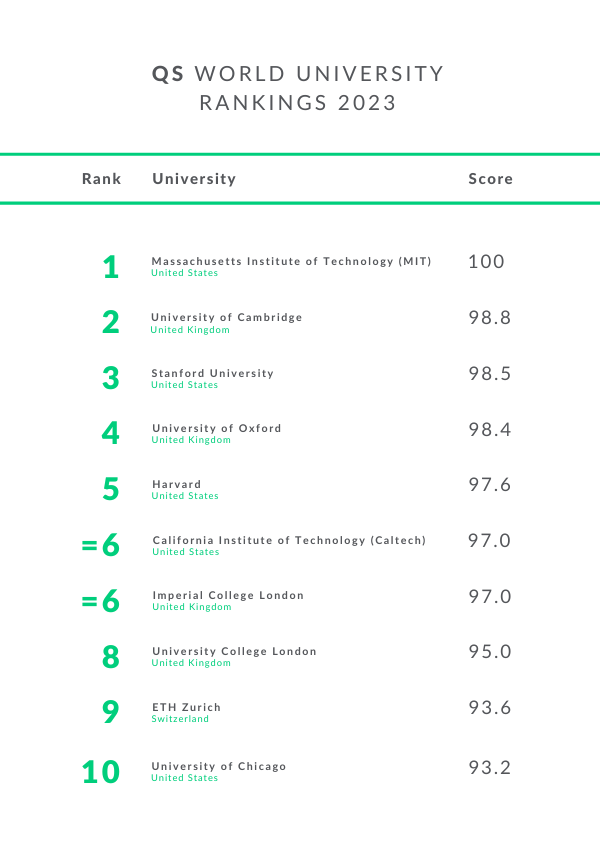 With 47 new entrants and over 5500 universities assessed for inclusion, the list continues to grow yearly. Half of this year’s top ten was populated by universities from the United States, another four from the United Kingdom, and one university from Switzerland. While MIT preserved its place at the top, University of Oxford slipped from second place to fourth this year. University of Cambridge claimed second place instead, and Stanford followed closely after, remaining in third place. Harvard University and California Institute of Technology (Caltech) held on to their positions in fifth and sixth place, respectively. Imperial College London, which placed seventh last year, made an improvement, tying in with Caltech in sixth place. The tie between UCL and ETH Zurich was broken this year, with UCL occupying eighth place and ETH Zurich taking over the ninth spot. Finally, University of Chicago kept its position in tenth place. 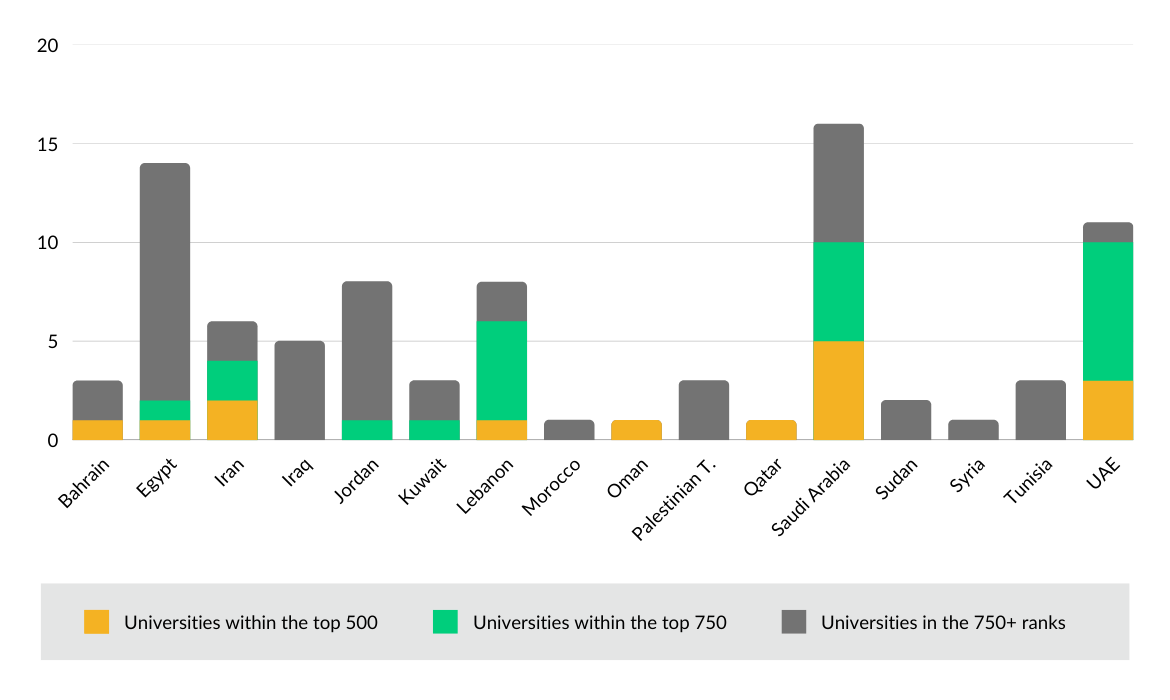 The chart above shows all Arab countries featured in this ranking, with the number of universities ranked.

King Abdulaziz University topped the Arab charts once again this year, reaching a new record high at 106th place, up from 109th last year. The university’s most notable indicators were the international faculty ratio (99) and employer reputation (70.7). Overall, the top performer in the region was Saudi Arabia with 16 universities on the list, followed by the United Arab Emirates with 11 and Egypt with 14 universities. 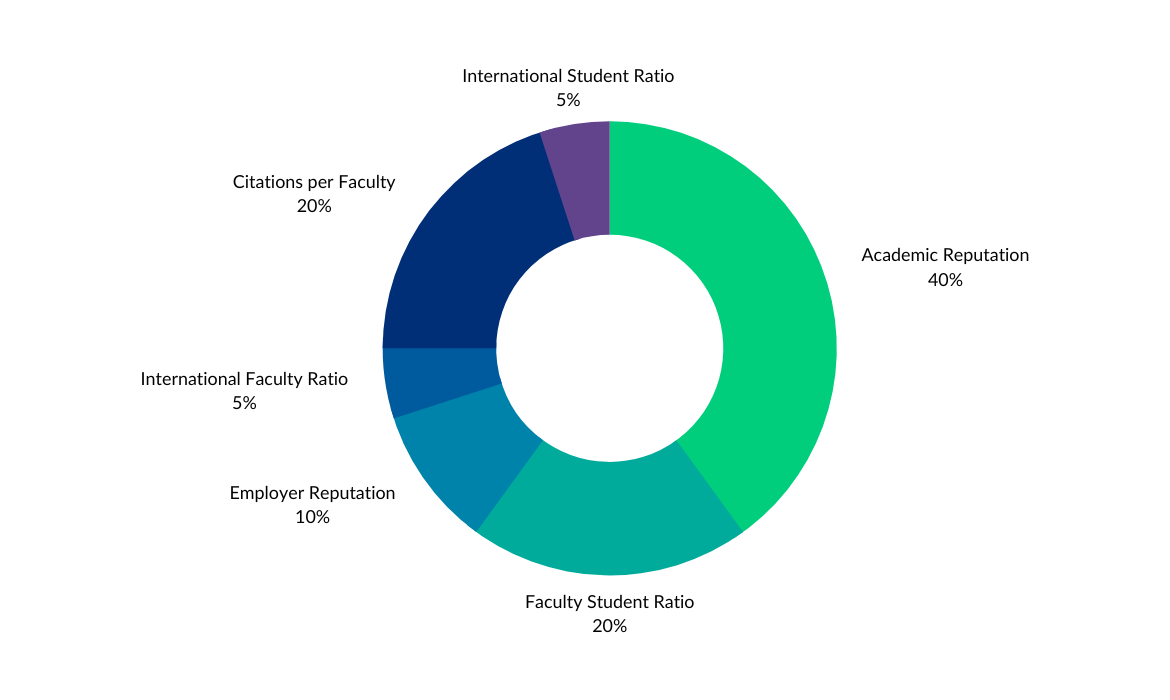 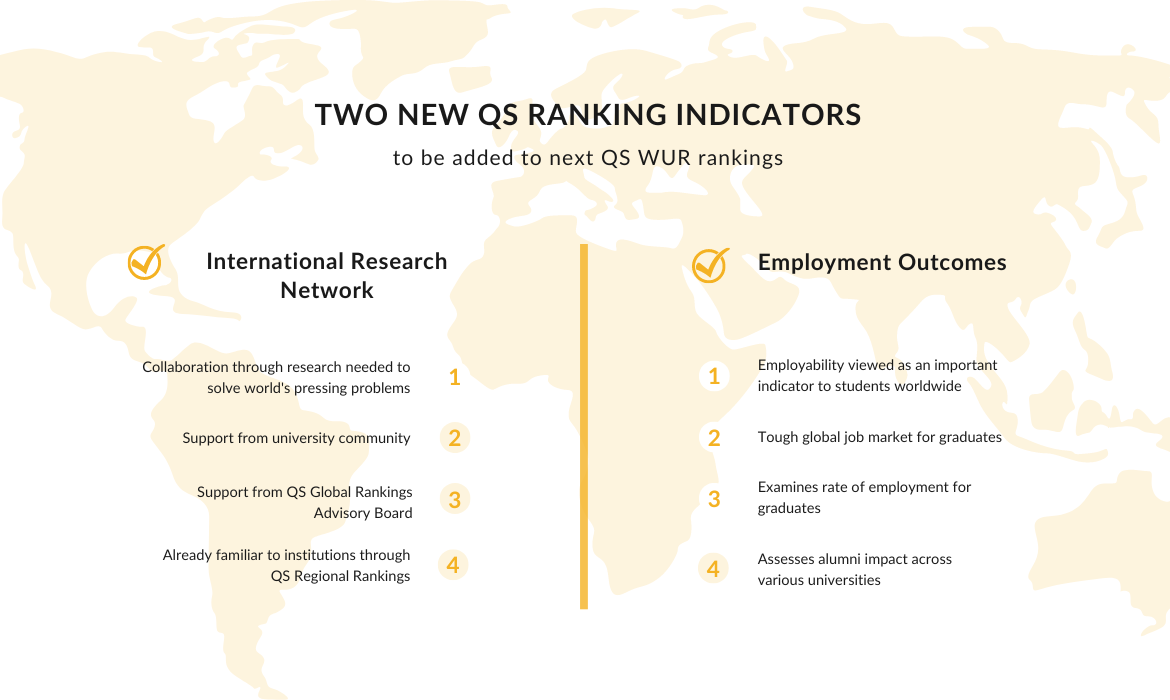 The following indicators, international research network (IRN) and employment outcomes, are currently unweighted but will start to be added to the overall score of the upcoming QS World University Rankings.