Times Higher Education (THE) has recently published the results for its World University Rankings for 2023, in partnership with Elsevier. This year’s rankings are the most extensive to date, examining 1,799 universities across 104 countries. Another 526 institutions have been added to the charts under ‘reporter status’. These are universities that have submitted their data but did not make it to the table.

Data relating to more than 2500 universities was analysed for this year’s rankings, including 121 million citations and survey responses from 40,000 scholars. This year’s ranking features five new African countries that have entered the charts for the first time – Namibia, Mauritius, Mozambique, Zambia, and Zimbabwe. 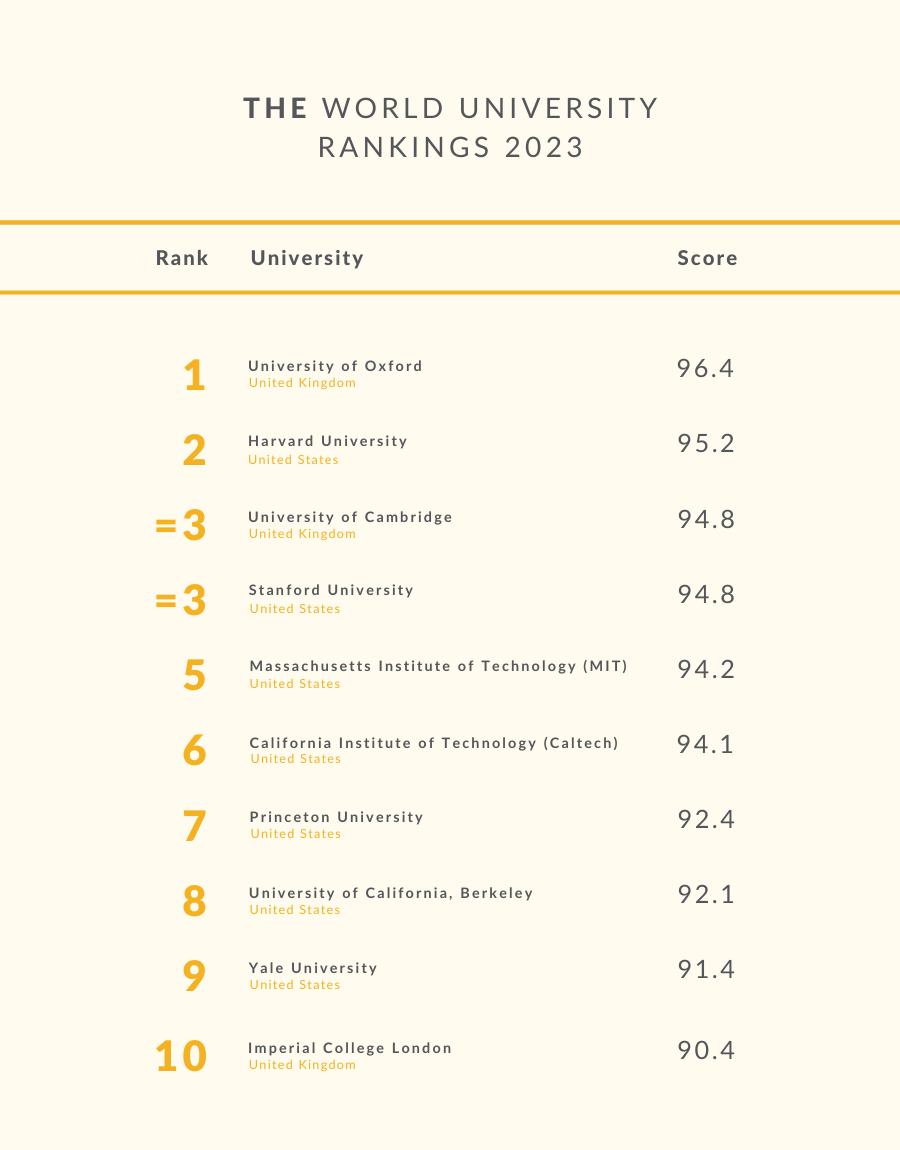 Criteria for Times Higher Education World University Ranking and eligibility imposes that, inevitably, some institutions will be excluded. Here are THE top reasons for exclusion:

While universities from the US and the UK continue to take over the top ten, China’s institutions continue to score higher for citations, increasing the average score for this metric from 55.6 to 58.0 this year. An associate professor at the University of Leicester in China, Wei Zhang, called the nation a science superpower with quality research outputs increasing every year. 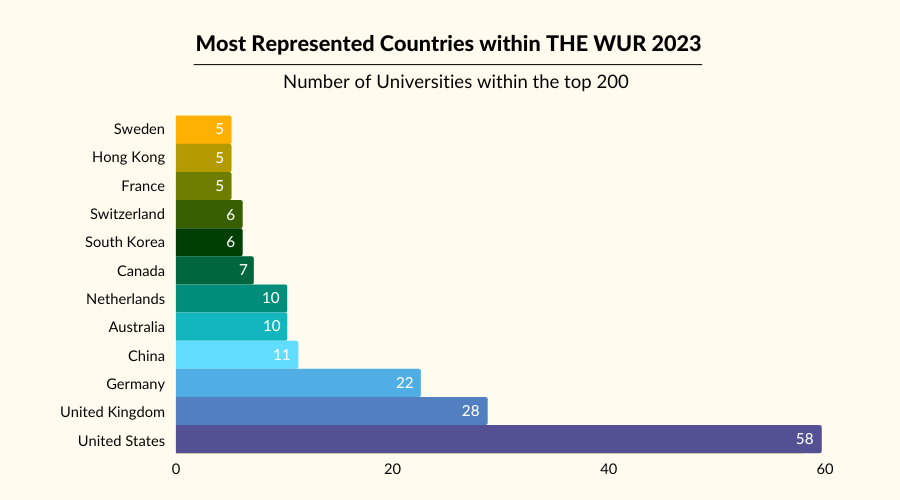 The performance indicators that THE World University Rankings follow are grouped into five main areas: teaching or the learning environment; research with a focus on volume, income, and reputation; citations and research influence; international outlook including staff, students, and research; and finally, industry income or knowledge transfer. Each indicator has a specific weight attached to it, and the average of all scores ultimately dictates each university’s final rank within the overall rankings.

However, it is worth looking at each indicator separately to commend the best-performing institutions across each metric. Within teaching, Harvard University scores the most once again, with a score of 98.4. Oxford University places first within the research metric with an impressive 99.7. Furthermore, the following six universities all earned a full score for the citations indicator:

Similarly, 13 universities from around the world received a full score for the industry income indicator:

As for the final indicator, international outlook, it was Macau University of Science and Technology which took over first place for another year, with a score of 99.7 – down from 99.9 last year.

The biggest score increase was related to the citations. This, explained Gordon Adomdza, associate professor of entrepreneurship and innovation at Ashesi University in Ghana, could have partly been because “A lot of local researchers were engaged at the start of the pandemic to finish off projects that global experts couldn’t travel for”.