The 2023 edition of the QS World University Rankings: Arab Region is out now. First published in 2014, the annual list highlights leading institutions in the region. Featuring 199 institutions across 18 countries, the latest list is QS’ largest Arab region ranking to date.

The institutions featured in the 2023 Arab Region University Rankings were evaluated based on ten indicators. Out of the ten, academic reputation and employer reputation carried significant weight, accounting for 30 per cent and 20 per cent of the total score, respectively. The other indicators include: 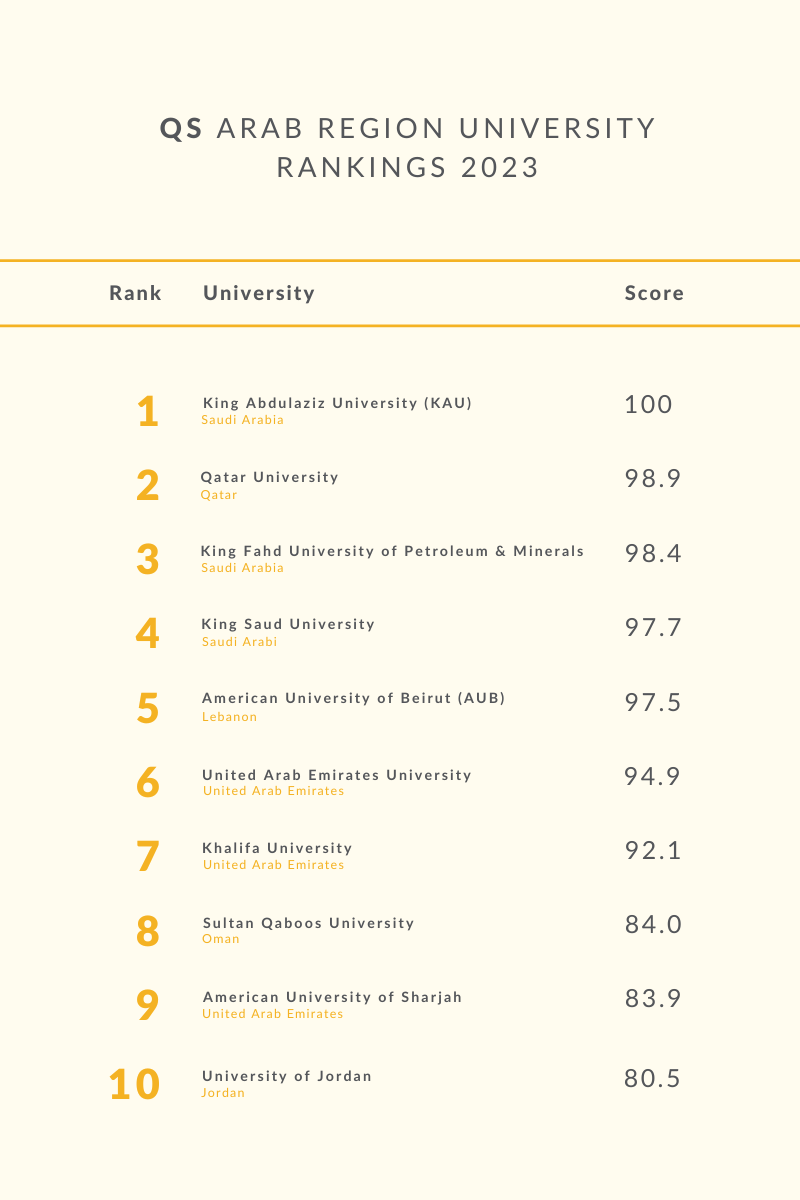 The United Arab Emirates University fell from fifth to sixth place this year, while Khalifa University secured the seventh position, up from ninth last year. Sultan Qaboos University and American University of Sharjah both dropped by one spot this year, clinching the eighth and ninth positions, respectively. The University of Jordan remains in tenth place for the second year running.

The Most Represented Countries

Bahrain and Kuwait both secured three universities in the top 50 and four in the overall ranking. Also populating the charts is Iraq, with 28 featured institutions and one in the top 50. Eight universities from Tunisia and six from Oman are also included in the ranks this year, with one university from both countries securing a position within the top 50. 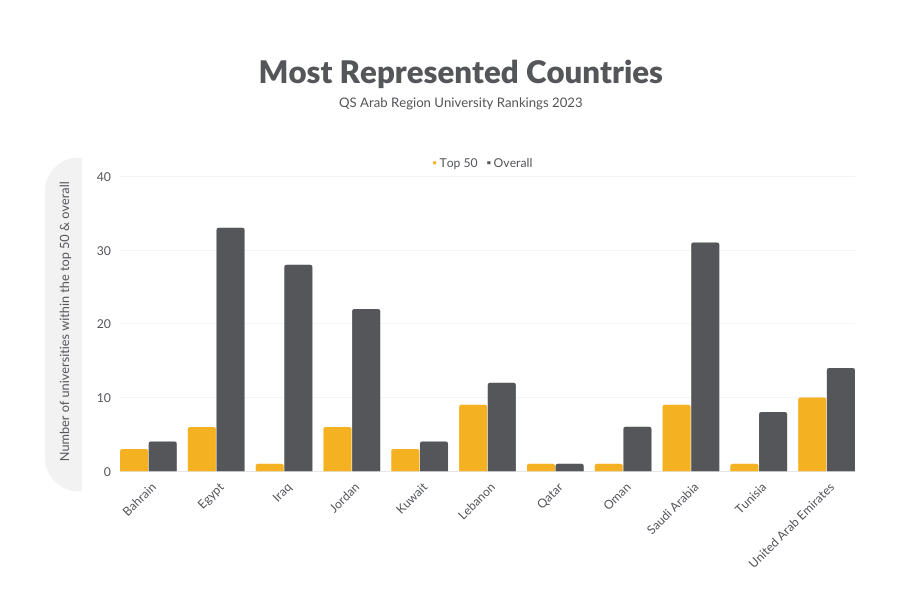